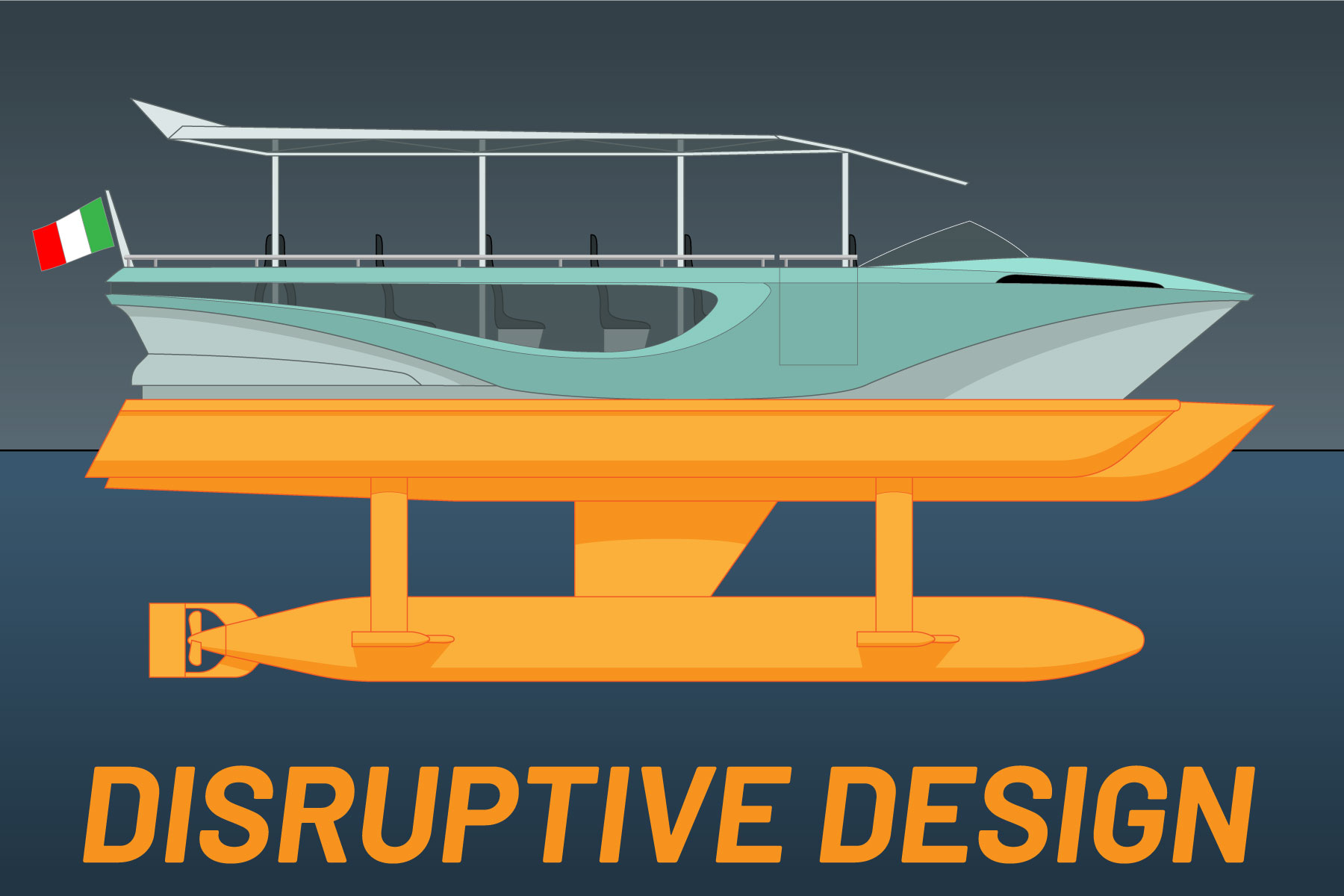 What’s the difference between a car that’s designed to be electric and a car that’s adapted to be electric? We’re not just talking about replacing an engine, but about manipulating all the system’s components, so as to enable the whole system to reach the maximum possible levels of efficiency. There’s a difference between designing and building a brand new Tesla and fitting an engine and a series of batteries to a 1990s Fiat Panda. The same goes for boats: some simply have an electric engine installed, while others are designed specifically for this type of propulsion, and it’s the latter that can genuinely be labelled the “Tesla of the sea”. GerrisBoats was conceived as an electric water taxi and every aspect, starting with the hull as well as all the structural and functional decisions taken, is designed to be efficient with this type of engine and for this exact purpose.

Coming up with a specific design to tackle particular issues is, in reality, the first step towards standardisation. This isn’t a contradiction: ad hoc design is about creating a platform that can become the standard solution to a specific need. Indeed, in most cities of water, there is no such thing as a standard line or model when it comes to water taxis. Each company, over time, has created its own line of vessels, sometimes deriving them from designs that have already been developed by the local boat manufacturers.
As a result, hulls have been transformed to adapt them to the size and type of the canals, the sea conditions and the speed limits within each individual city. “Today this approach makes little sense”, explains Massimo Verme, founder of GerrisBoats, “the time has come to identify a common standardised platform, and in so doing achieve greater quality at a lower cost.”
To do this you need to focus carefully on the intended use and develop specific features. This market niche, at a time when urban water transportation is undergoing something of a transformation, has become sufficiently large to be able to develop projects on a larger scale.

It’s the submerged section that makes all the difference.

We can say that the game is all played underwater: this is where it makes sense to focus the research, so as to optimise the electric propulsion system, to reduce wave pollution, and to provide the vessel with the stability it needs to fulfil its intended purpose.
GerrisBoats started from foil technology and redesigned it to render it suitable for water taxis and buses, which naturally can’t navigate the crowded inland waters at 20 knots. Indeed, the new generations of these boats will have two particular characteristics: on one hand they’ll need to navigate the city’s canals whilst minimising the waves they generate. And foils can play an important role in providing the solution to this: they lift the boat and reduce the movement of water. But on the other hand, water taxis operate within environments where speed limits are very low, from 6 to 8 knots or possibly even lower, depending on the city, primarily for safety reasons. At these speeds, because they’re so low, foils alone are not sufficient to lift the hull off the water. For this purpose, GerrisBoats decided to add a number of components to the main body: a torpedo-like structure that houses the propulsion system and provides hydrostatic thrust with low wave formation, foils and mobile lateral hulls that keep the vessel raised out of the water at very low speeds, even at 6 or 8 knots, a speed at which it is able to “lift off”.
“Standard foils enable energy savings of up to 60%, thanks to the reduced water resistance” explains Massimo Verme “hence why we considered them as part of the solution when designing this electric boat. But without our modification they would have been useless; the design had to be adapted in order to make it suitable for the rules of the environment in which water taxis operate.”

If you convert a boat so as to give it an electric engine, it will more than likely have a hull that’s unsuitable for the new requirements. This would waste energy, something you can’t afford with electric propulsion, a system that always needs to compromise when it comes to its autonomy. The more resistance and energy dissipation the hull generates, the shorter the battery life will be. For a water taxi, less battery life, and therefore range, means fewer trips and more time spent stopping to recharge. It’s precisely for this reason that targeted design for this type of boat, and the standardisation of its components, can bring real benefits in terms of its day-to-day use.

Can the technology lead to a change in the rules?

Finally, there’s the issue of speed limits. It’s easy to envisage a water taxi travelling at high speed on foils, for example in Venice, taking people from the city centre to the airport. But what about when they operate on the city’s canals? Here, limits are set for safety reasons – size, traffic… – and to limit the generation of waves as much as possible. If foils could also operate at low speeds, these limits could be increased. In other words, if a water taxi like GerrisBoats is able to reduce wave pollution, the rules could possibly be revised, thus improving the quality and effectiveness of transport without impacting on the environment. “When someone innovates and develops something new”, concludes Massimo Verme “the system can revise some of its rules. Technological development stimulates the system, which then legislates to adapt, to take a step forward.”